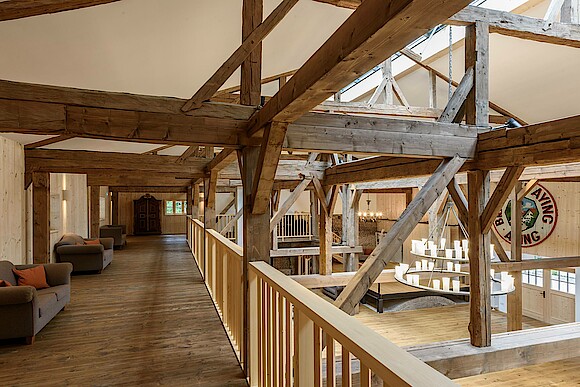 In what is today the Sixthof Stadl, was the location of the very first brewery in Aying at the end of the 19th century. And a large vaulted cellar that was used back then as a storage area is still located underneath the Stadl right up until today.

After the Stadl was purchased by Johann Liebhard, it continued to be used as a stable, and the storage area in the cellar was used to store barrels of young beer.

Following extensive renovation, the historical Sixthof-Stadl can now be booked as a location for events of all kinds, banquets and conferences. 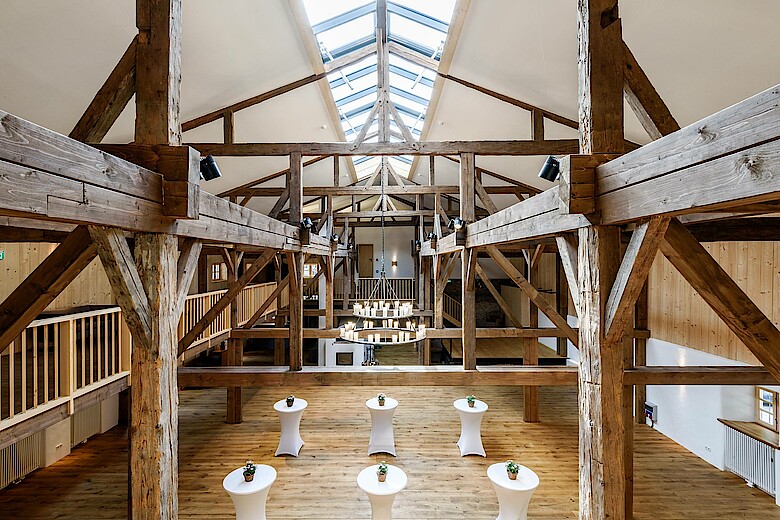 The ground-level of the Sixthof-Stadl can be driven into with the car, and the two storeys offer sufficient space for presentations and events of all kinds. As part of our comprehensive service, we offer our guests the opportunity to rent individual pieces of furniture, as well as the required technology, allowing them to flexibly organise the seating to best suit their particular event. 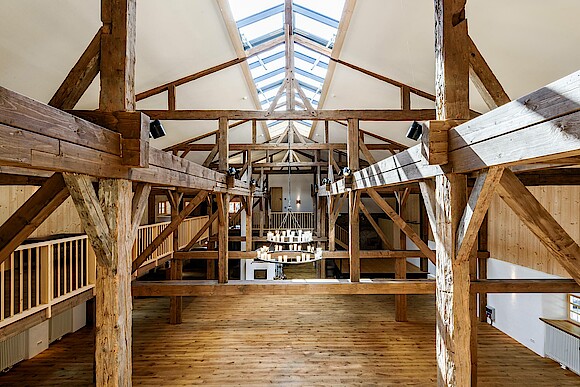