The estate, with farm and land, was purchased in 1895 by Johann Liebhard, the founder of Brauerei Aying (Aying brewery) and great-grandfather of today’s brewer Franz Inselkammer, and has been owned by the family ever since that time. The Sixthof today once again shines in its new »old« glance, and completes the unique ensemble that is the Brauereigasthof Hotel Aying.

In 1978, on the occasion of the 100th anniversary of the founding of the Privatbrauerei Aying (Aying Private Brewery), it was completely renovated as a testimony to rural cultural asset and furnished as a traditional house according to historical models.

Maierhof, Hube or Lehen – how big is Sixthof? »Parlour (Stube)« or »good chamber (gute Kammer)« – where did important guests spend the night? How did people living here get through the winter? Who lived in »Austrag«? »Austrag« meant selling or passing on the estate to the next generation, but being allowed to remain living on the estate until their passing. 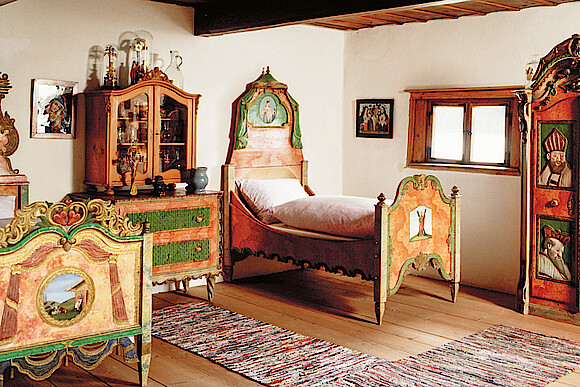 Take a tour through a small farm typical for Upper Bavaria and see how people lived here over 200 years ago.

The local history museum, Heimathaus Sixthof, can be visited on Sundays and public holidays from Easter Sunday through to October from 1 pm to 5 pm. We can also organise private tours upon request. 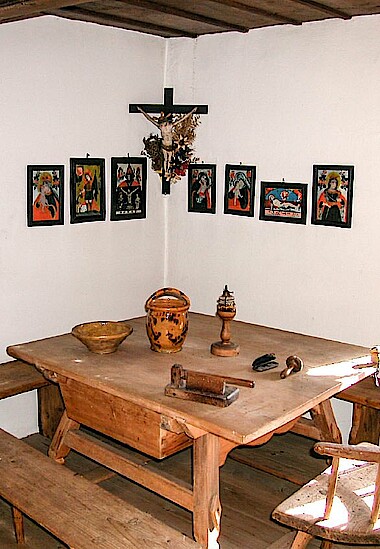