In Upper Bavaria’s cultural landscape, you will find breathtaking castles and palaces. As well as the magnificent buildings of the Fairytale King Ludwig II, there are also other imposing castles to discover. 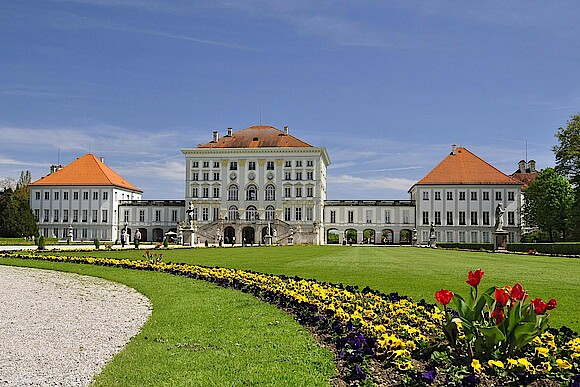 Together with the castle grounds and the small park castles, the Nymphenburg Palace is an extensive complex. The birthplace of King Ludwig II. of Bavaria is one of the largest royal castles in Europe.

For a long time, the palace was considered the summer residence of the Wittelsbach family. 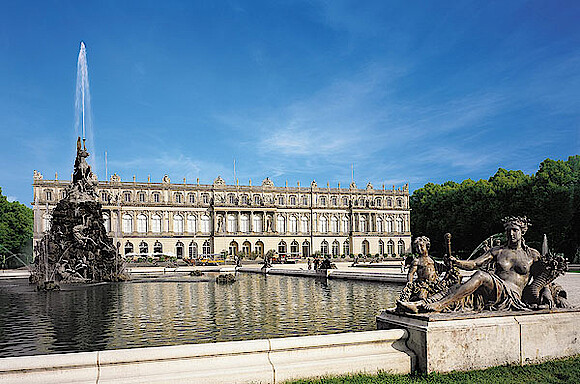 As a copy of Versailles, this palace was to be a “temple of splendor” for King Ludwig XIV. of France: In 1873, King Ludwig II. of Bavaria acquired the Herreninsel as a site for his New Palace Herrenchiemsee. In 1878, construction was started on the “Bavarian Versailles” according to plans by Georg Dollmann. In 1886, upon the death of King Ludwig II., the palace was not yet completed. Today, Herrenchiemsee together with the Royal Castles of Linderhof and Neuschwanstein is one of the most popular Bavarian destinations. 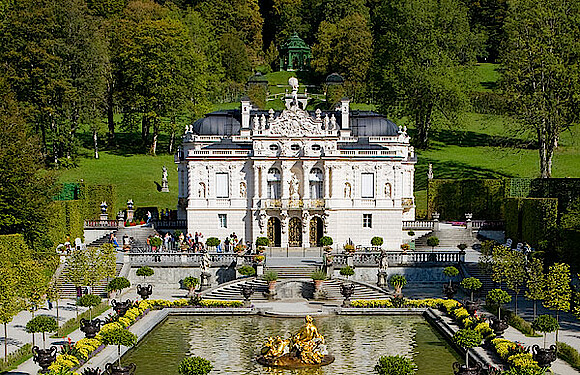 Linderhof Palace is the smallest of the three palaces of Ludwig II. and the only one to be completed within his lifetime. Linderhof is considered the favorite palace of the »Fairytale King«, in which he spent by far the most time. The palace and garden complex are accessible to visitors. 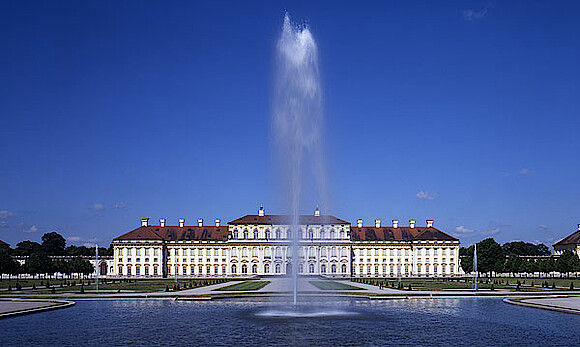 The palace complex is one of the most significant baroque complexes in Germany.