EXCURSIONS WITH THE WHOLE FAMILY

As well as the options around Aying, there are no limits to the leisure activities on offer for the whole family within an hour’s car journey.

The Bavarian Public Observatory Munich is one of the largest public observatories in Germany. It offers evening tours from Monday to Friday and there are also special tours for children every Friday. The larger telescopes are house on the 300 m² large platform at a height of 35 m. If there are a lot of visitors, there are also a number of smaller telescopes which are used. The Bavarian Public Observatory Munich also has one of the largest publically accessible telescopes in Germany, in the form of the reflector telescope. 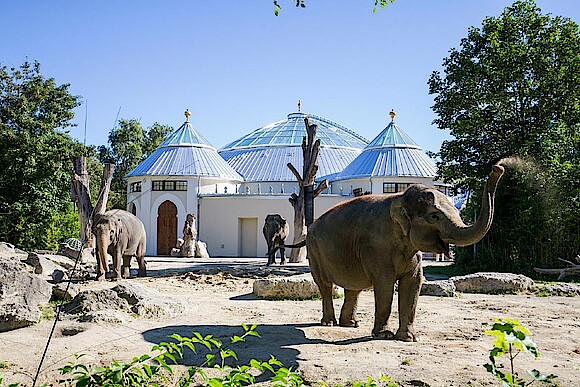 Munich’s Hellabrunn Zoo was founded back in 1911 and was the first geo-zoo in the world. Today, about 19,000 animals live here in the near-nature location in the conservation area of Isarauen.

The Hellabrunn Zoo is open all year round. 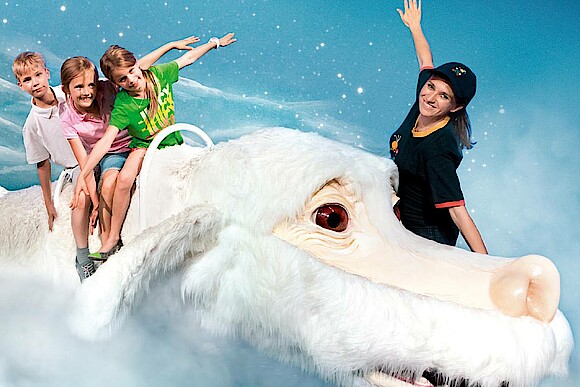 The main attraction of the Bavaria Filmstadt is naturally the traditional film tour. As well as the exhibition of backdrops and models from classics such as the film “Das Boot” and “The Neverending Story”, lots of other highlights can be discovered in the Bavaria Filmstadt with a 4D adventure cinema and the Bullyversum theme park.

In some parts, tour guests are actively incorporated into the tour, by filming short scenes with them in film backdrops, e.g. in a weather studio or at the reception of the “Fürstenhof” hotel from the “Sturm der Liebe” TV series.

Part of the backdrop of the “Wickie und die starken Männer” and “Wickie auf großer Fahrt” films shot by Michael “Bully” Herbig have been preserved on the Walchensee and can be visited between mid-April and the end of October.

In the summer months, there are tours for both young and old available once a week.

After the exciting tour, the idyllically situated Walchensee invites you to relax and go for a swim.